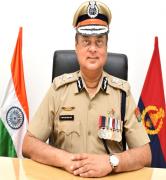 Shri Amitabh Ranjan belongs to 1988 batch of Indian Police Service. He has done post graduation in History from St. Stephen’s College, Delhi University. He has vast experience of working in the State of Tripura. During 1989 to 1998, he worked in various capacities in North, Dhalai and West Tripura District apart from working as Superintendents of Police, Vigilance Organization and Special Branch including CID.

During 1998 to 2022, he was on central deputation and worked in various capacities in Intelligence Bureau in different parts of the country. He was also on deputation to Ministry of External Affairs and worked in Embassy of India, Berlin from 2012 to 2016. 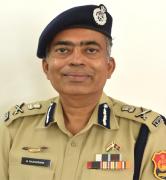 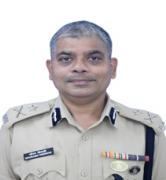 Shri Saurabh Tripathi belongs to the 1997 batch of Indian Police Service. He has done Bachelor of Engineering from MNNIT, Prayagraj. He has also done MBA in Operation management from NITIE, Mumbai and MBA in Police Management from Osmania University, Hyderabad. He has also done Certificate Course in Criminal Justice Administration, University of Virginia, USA. In Tripura he has served in various capacities including District SP of Dhalai and North District during 1999 to 2004.

He worked with Central Bureau of Investigation during the period September 2004 to September 2012.  He worked in Anti Corruption Branch.  During deputation in CBI he also worked as AIGP (Policy) and was responsible for matters of Coordination and Monitoring. 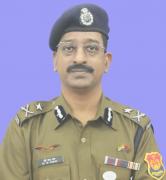 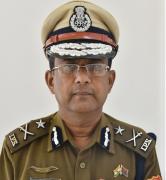 Shri Gaurab Chakraborty,IPS joined Tripura Police in the month of April,1990 as Dy. SP and he was promoted to IPS Cadre  in the year  2010 and was allotted 2002  batch of IPS. He has done B.Sc.(Biology) from Calcutta University and B.Sc(Agriculture) from Konkan Agricultural University, Maharashtra.  He has served Tripura Police in various capacities as SDPO,Kailashahar, SDPO,Udaipur, SDPO,Sonamura, Addl.SP(North), Addl. SP(SB), SP(Traffic), SP(Security), SP(Vigilance), Comdt.(SAF), Comdt., 8th Bn TSR, AIGP(Pers), DIGP(Northern Range), DIGP(AP & Ops), DIGP(HQr), DIGP(HG). He joined as IGP(Admn. & Trg) on 29/01/2021 in PHQ. Shri Chakraborty is recipient of DGP Commendation Disc and President’s Police Medal for Meritorious Service. He was posted as IGP (Training) Tripura. Presently he is posted as IGP(Police House & Construction and Welfare) with additional Charge of  IGP(HGs). 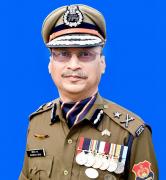 Shri, Soumitra Dhar, was inducted in Tripura Police after completion of his basic training at NEPA (under MHA), Shillong , Meghalaya state in the year 1991. During his basic training he was decorated with “BEST CONDUCT” medal for his performance at North East Police Academy (NEPA). He also underwent prestigious Basic foundation Course (BFC) under elite SPG in the year 1992.

In his first posting as Asstt Commandant in the year 1992, he was entrusted with the responsibility of raising TFPF (Tripura Forest Protection Force) under Deptt of Forests, Govt of Tripura independently and the contingent performed its role in countering and containing timber smuggling throughout the state of Tripura in coordination with regular forest guards of the Forest Deptt.

He served as SDPO, Longtarai valley during early nineties when insurgency was at its peak. As Addl SP, he joined in state vigilance organization in the year 1998 and continued there for more than one year as In-charge SP. He as Addl SP also served west & Dhalai, districts.

After his elevation as SP in the year 2003  he proceeded for  Kosovo ,the war torn province of Eastern Europe and served there  as member of UN peace keeping force(known as UNMIK) for a period of one year. On return from UN mission, he commanded 9th, 5th, and 7th TSR (Tripura State Rifles) battalions till 2007. He received DGP’s commendation disc during that period.

As superintendent of police, CID he was involved in the investigation of serial bomb blasts in Agartala town in the year 2008.   The cases ended in successful prosecution and conviction. He was also instrumental in monitoring and implementation of CCTNS project in the state during early stage of implementation. He also conceived a joint project with C-DAC, Kolkata to raise successfully a forensic facility to deal with cyber crime investigation in state FSL.

For his meaningful contribution in the service of the state, he was awarded with Police medal for meritorious service on the occasion of Independence Day, 2011. He also served as SP security of the state and looked after VVIP security and security of vital installations of the state till 2014.

In the year 2015 he joined NIA and served there till 2018. He also headed the branch office, NIA at Kolkata for one year and supervised investigation of cases relating to cross border smuggling of FICN.

He was awarded with Presidents police medal for distinguished service in the Republic day, 2018. On repatriation from central deputation, he is posted as DIG, intelligence, DIG HQr and  DIG Ranges(Northern and southern). He was also posted as DIG AP (OPS) with additional responsibility of DIG AP(Administration & Training). Presently he was posted as Inpector General of Police (TSR & Operations) Tripura w.e.f. 03-01-2022.

Shri Sudipta Das is an IPS officer of the 2012 batch, borne on Tripura cadre. He holds a BE (Information Technology) from Jadavpur University, and a PGDM from IIM Bangalore. Prior to joining police, he worked for 4½ years as a banker in ICICI Bank UK PLC, London. He has previously served as SDPO Kailashahar, Addl. SP (Rural) West District, SP Sepahijala District, Commandant 7th BN TSR, and SP Dhalai District. He had represented Tripura’s security concerns in international Bangladesh-India DC-DM Joint Border Conferences in May 2017 in Comilla, Bangladesh, and again in May 2019 in Agartala, India.

Shri Das was awarded the Police (Special Duty) Medal – Tripura with 1st & 2nd bars, the President’s Secretariat instituted Police Antrik Suraksha Seva Padak, and the Tripura DGP’s Commendation Disc thrice for the years 2015, 2020 and 2022. He received the State Award (Tripura) 2019 for Excellence in Security Management in Dhalai District during the Lok Sabha Elections 2019. He has won the 1st Prize in the prestigious Prime Minister’s Silver Cup Essay Competition 4 times for the years 2014, 2015, 2019 and 2021, and also the 2nd Prize for the year 2020.

Shri Sudipta Das has written on topics of professional interest, as mentioned below:- 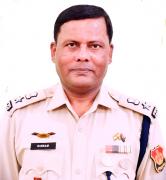 Shri Kishan Kumar belongs to 2004 batch of Tripura Police Service. During basic training at North Eastern Police Academy (NEPA), Ministry of Home Affairs, Government of India, Meghalaya, he was decorated with a NEPA Silver Medal and Trophy for “Exemplary Conduct”. He has a vast experience of working in Tripura Police both in the District Police and Tripura State Rifles Battalions. Due to his loyalty and excellence in duty, he was awarded Director General of Police Tripura Commendation Disc in 2011.

During 2012 to 2015, he went on Central deputation in National Investigation Agency, Ministry of Home Affairs, Government of India and worked as Addl. Superintendent of Police. He had shown extraordinary initiative and painstaking efforts in the investigation of several high profile cases of NIA. He also worked as Nodal Officer of Terror Fund & Fake Currency (TFFC) Cell of NIA in North-East India and also held the charge of SP at NIA Guwahati Branch Office. Keeping in view of outstanding services rendered by him in the investigation terror cases, he has been commended by the Director General, NIA.