Shri, Soumitra Dhar, was inducted in Tripura Police after completion of his basic training at NEPA (under MHA), Shillong , Meghalaya state in the year 1991. During his basic training he was decorated with “BEST CONDUCT” medal for his performance at North East Police Academy (NEPA). He also underwent prestigious Basic foundation Course (BFC) under elite SPG in the year 1992.   In his first posting as Asstt Commandant in the year 1992, he was entrusted with the responsibility of raising TFPF (Tripura Forest Protection Force) under Deptt of Forests, Govt of Tripura independently and the contingent performed its role in countering and containing timber smuggling throughout the state of Tripura in coordination with regular forest guards of the Forest Deptt.

He served as SDPO, Longtarai valley during early nineties when insurgency was at its peak. As Addl SP, he joined in state vigilance organization in the year 1998 and continued there for more than one year as In-charge SP. He as Addl SP also served west & Dhalai, districts.

After his elevation as SP in the year 2003  he proceeded for  Kosovo ,the war torn province of Eastern Europe and served there  as member of UN peace keeping force(known as UNMIK) for a period of one year. On return from UN mission, he commanded 9th, 5th, and 7th TSR (Tripura State Rifles) battalions till 2007. He received DGP’s commendation disc during that period. As superintendent of police, CID he was involved in the investigation of serial bomb blasts in Agartala town in the year 2008.   The cases ended in successful prosecution and conviction. He was also instrumental in monitoring and implementation of CCTNS project in the state during early stage of implementation. He also conceived a joint project with C-DAC, Kolkata to raise successfully a forensic facility to deal with cyber crime investigation in state FSL. For his meaningful contribution in the service of the state, he was awarded with Police medal for meritorious service on the occasion of Independence Day, 2011. He also served as SP security of the state and looked after VVIP security and security of vital installations of the state till 2014.

In the year 2015 he joined NIA and served there till 2018. He also headed the branch office, NIA at Kolkata for one year and supervised investigation of cases relating to cross border smuggling of FICN. He was awarded with Presidents police medal for distinguished service in the Republic day, 2018. On repatriation from central deputationas, he was posted as DIG  (Intelligence and hqrs). He  joined as  DIG (Northern Range) Tripura  on   the 01st  March 2019.  Currently,  he is  posted as  Deputy Inspector General of Police (Southern Range) Tripura  from 18th October 2019. He also supervises Traffic Unit and GRP unit under Tripura Police. 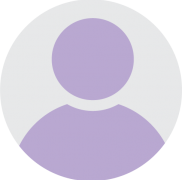